Strategically located in the heart of the largest intermodal transportation system in the South, the Avondale Shipyard site offers approximately 8,000-feet of deep-water riverfront access and connection to six Class I railroads. Avondale Marine plans to redevelop the site’s crane, dock and terminal assets while connecting global waterborne commerce with manufacturing, fabrication and distribution facilities onshore. The company envisions the development of a modern, world-class global logistics hub, with value-added manufacturing at its core, to maximize job growth and investment in Jefferson Parish.

Avondale Shipyard served as one of the nation’s most significant shipbuilding assets from before World War II until the first decade of the 21st century. Known for building large naval destroyers, the Avondale Shipyard was at one time the largest private employer in Louisiana, with 26,000 workers at its peak. In 2010, the shipyard’s closing was announced to consolidate and reduce costs. On February 3, 2014, the USS Somerset, the final naval vessel to be built at the shipyard, departed from the once- bustling facility. From that time forward, JEDCO; GNO, Inc.; and Jefferson Parish officials have prioritized the redevelopment of Avondale, as one of the region’s greatest physical assets.

GNO, Inc. and JEDCO played an integral role in bringing the Avondale purchase to fruition. The two economic development organizations formulated plans for the repurposing of the yard and identified potential redevelopment partners and users for the site. When T. Parker Host and Hilco Redevelopment Partners emerged as potential purchasers, JEDCO and GNO, Inc. facilitated meetings, helped to build business relationships for the company, and lobbied in support of the site’s redevelopment. Additionally, JEDCO and the Jefferson Parish Council structured a local incentive package to support Avondale Marine’s plans for the site.

“Today’s announcement marks a pivotal moment in the eventual repurposing of one of the state’s great assets. It has been an honor and a privilege for our team and Board of Commissioners to have played a critical role in finalizing this acquisition,” said JEDCO President & CEO Jerry Bologna. “For the last 17 months, the JEDCO team has worked tirelessly with Avondale Marine, Jefferson Parish and across multiple jurisdictions to bring this deal to fruition and begin the process of reinvigorating this valuable real estate. This effort is a testament to the collaboration, vision, and focus of many people. We believe this is just the first step in what will become a catalytic transformation of the Avondale Shipyard site. JEDCO will be there every step of the way to ensure the maximization of job creation and investment for our residents.”

“For over eight years, we have worked with political leaders, economic development partners and private developers to reimagine a new Avondale that would be as impactful and catalytic for our state and region as the shipyard had been for decades,” said Michael Hecht, President & CEO, Greater New Orleans, Inc. “Today, I am proud to have played a role in such an important win for the Greater New Orleans region and Louisiana. This new venture will create thousands of good jobs and will bring value-added manufacturing to the river. I applaud the leadership of past and current elected officials for their unwavering support and commitment to the transformation of the Avondale Shipyard, and the multiple public and private partnerships that helped shepherd this announcement. GNO, Inc., and all of us in the region, look forward to supporting Avondale Marine.”

Parker Host is one of the nation’s largest terminal operators and a recognized leader in the maritime industry, specializing in agency, terminal operations, and marine assets. The company has been in business for over 90 years and has developed a strong reputation in the maritime community for its expertise, transparency and high standards of service.

“For generations, Avondale Shipyards has been a source of pride for the community that generated jobs and economic development,” said Adam Anderson, President & CEO of T. Parker Host and principal at Avondale Marine LLC. “Our goal is to place Avondale into the supply chain as a multi-modal global logistics hub that not only moves goods, but actually adds value on site. We will rely on Jefferson Parish and the State of Louisiana’s outstanding workforce to fill the many skilled jobs needed on site. We are grateful for the steadfast support and leadership of the Governor, Parish President and Council, as well as our partners in this project including the Port of New Orleans; Public Belt; JEDCO; GNO, Inc.; Business Council; and Jefferson Chamber of Commerce.”

Hilco Redevelopment Partners is known for remediating and redeveloping large scale industrial facilities across North America such as Tradepoint Atlantic, which has generated thousands of new direct and indirect jobs after transformation of the site into an East Coast multimodal port. Hilco Redevelopment Partners identified Avondale as a potential redevelopment site several years ago and began working toward an acquisition of the property. Financial terms of Wednesday’s sale were not disclosed.

“We’re thrilled to leverage our extensive experience in redeveloping and transforming facilities that are at the end of their current useful life into modern productive businesses for the future,” said Roberto Perez, CEO of Hilco Redevelopment Partners. “We look forward to supporting our Partners at T. Parker Host in the Avondale Marine project as we build this important logistics hub in New Orleans.”

“For more than 75 years, tens of thousands of workers from Jefferson Parish, New Orleans and surrounding parishes built vessels at Avondale that preserved our freedom in times of war and invigorated our economy in times of peace,” Governor John Bel. Edwards said. “We know that golden age of shipbuilding will not return to Avondale. But after many months of discussion, we have secured a visionary private-sector partner to create a new path for growth at Avondale. This purchase represents a great opportunity to bring new investment, jobs and prosperity back to Avondale, with a sharp focus on attracting logistics and manufacturing leaders in the global economy.”

“This is one of the largest economic development announcements in Jefferson Parish history,” said Jefferson Parish President Mike Yenni. “Our community has experienced tremendous growth on both the east and west banks of Jefferson Parish in recent years. The introduction of jobs and investment into this area will have a far-reaching impact on the west bank and across the region, further invigorating our growing economy. We look forward to a long partnership with Avondale Marine and thank them for their investment in our community.”

“On behalf of the Jefferson Parish Council, we are pleased to welcome Avondale Marine to the Jefferson Parish community,” added Jefferson Parish District 2 Councilman Paul Johnston. “We believe their vision for this unique regional asset will further elevate our community within the global marketplace and provide quality jobs for our residents at the same time. It is a huge economic win for our community and we are so proud of the role the Council, the Parish Administration, JEDCO, and our partners on the state and regional level have played to bring this project to life.”

In the coming months, Avondale Marine will begin its planning process for the site in partnership with local, regional and state stakeholders. 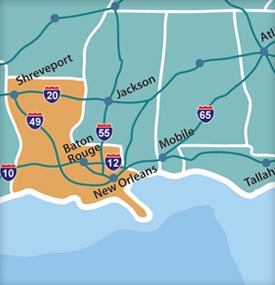 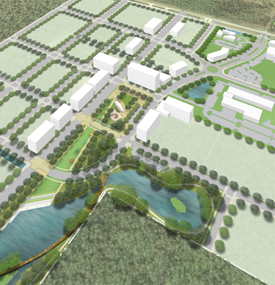